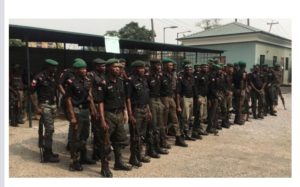 He explained that the incident occurred Wednesday night around 10:00pm at Badawa quarters in Kano.

Haruna explained that the couple were discovered naked in the kitchen by occupants of the compound.

He said the cause of their death is yet known and corpses were taken to hospital for verification.

Spokesman of the command said owners of the compound were invited for clarifications.

He said the case is still under investigation.