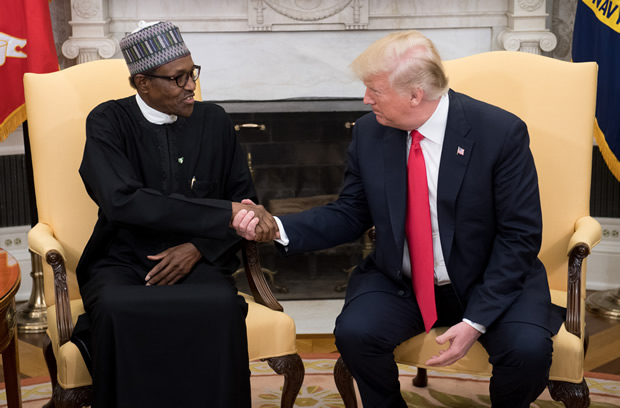 FG, US Officials To Hold Crucial Negotiation On Visa Restrictions Next Week 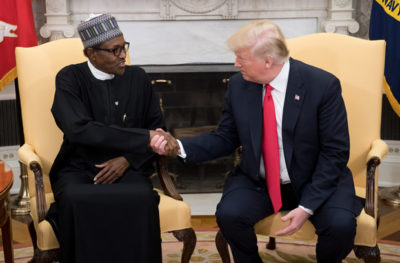 The committee set up by the President, Major General Muhammadu Buhari ( retd. ), to look into issues surrounding the recent suspension of United States’ immigrant visa issuance to Nigerians has begun talks with the American government officials over the matter, Saturday PUNCH learnt on Friday

Buhari had named the Minister of Interior , Mr Rauf Aregbesola , as the head of the committee, raised to liaise with the US government on the matter .

The visa ban effective from February 21 listed Nigeria together with Eritrea , Myanmar, Tanzania and Kyrgyzstan .

It was also reported that the US justified the decision, stating that Nigeria didn ’t adequately share public- safety and terrorism- related information necessary for the protection of national security and public safety of the US .

A highly placed source privy to the development told Saturday PUNCH on Friday night that the committee which included the Minister of Foreign Affairs , Geoffrey Onyema , held a meeting with the US government in Abuja on Wednesday night.

The source said the issues raised by the US were largely addressed even before the sanction was slammed on Nigeria. He , however , stated that the absence of proper communication caused Nigeria to be sanctioned .

He said the sanction by the US was for an ‘ offence’ committed in 2017, adding that things had greatly improved and Nigeria would soon be delisted by the US .

The source said , “ The US Consul General was invited and they held a meeting on the issue . The meeting was held on Wednesday night. They made progress and another meeting has been fixed for next week.

“ The Minister of Interior , and the US Consul General were at the meeting . On the refusal to share information on security which the US accused us of , the Migration Information and Data Analysis System which have been activated at four of our international airports will take care of that . The Minister of Interior inaugurated it ( MIDAS) since January 2020 . It was just officially inaugurated by the President about three days ago.

“ The consular also advised that there should be proper , official and effective communication . The US said it was not enough for us to deploy MIDAS but we should communicate officially to them. ”

He said with the activation of MIDAS, biometrics data of anyone who entered Nigeria would be taken at the airport , saying such would alert the Interpol should such person coming in is a terrorist or has criminal records.

Speaking further , he added, “ Now that we have activated MIDAS , if anybody buys a ticket from any part of the world to come to Nigeria, their data is sent immediately to Interpol . You know it is mandatory for airlines to request for passport data page before selling a ticket to a traveller.

“ If we didn ’t deploy MIDAS before the take- off of visa -on -arrival , all the terrorists in the world will come to Nigeria. So, MIDAS was activated before visa – on -arrival was inaugurated .

“ Most of the issues raised by the US had been addressed but you know most Nigerians won’t act until we are sanctioned . The visa restriction for immigrant is a punishment for 2017 offence.

“ The way those people ( US ) do things is different from ours. Once you are given a deadline, you do not meet it, and you did not notify them ahead of the reasons why you would not meet the deadline, even if you do it a day after , they will consider it undone . That is what happened in this case.

“ The restriction is not as serious as it is being made to appear. Even despite that , the issues raised have been addressed . It means that immigrant visa is about five per cent of the visa which the US grants to Nigerians.

“ The visa ban is more about denting Nigeria’ s image than the actual damage . The problem of visa ban by the US was caused by the absence of proper communication and meeting deadline. It was not because we didn ’t do what we were supposed to do.

“ But this ban is about politics more than anything. The US will not say that and our government will not also say it. But all of them know that it is about using it to boost the rating of Donald Trump ahead of the election .’’

He noted that Trump intended to use the ban to show Americans that he was serious about homeland security.

Punish those responsible for ban , ex NIIA DG tells Buhari
However , ex- Director – General of the Nigerian Institute of International Affairs , Prof Bola Akinterinwa, in an interview with Saturday PUNCH
on Friday , urged Buhari to sanction those responsible for actions that earned Nigeria the visa ban .

He queried why the government had to wait till restrictions were imposed before taking any action , adding that even if the Federal Government was not ready to share certain information, there were different diplomatic ways to communicate such.

Akinterinwa said , “ The first thing the government of Muhammadu Buhari should do is to find out why we have not been able to respond . When you do that , the next level is to appropriate sanctions as required . That in itself will please not only the US but other countries. They will know that we want to operate as a civilised nation and I believe that Donald Trump will be glad to cooperate with us.

Akinterinwa also cautioned that the Federal Government or its officials should not ridicule themselves by making any attempt to plead with the US government over the matter .

He said , “ Donald Trump is quarrelling with Nigeria because Nigeria has not been cooperating with the United States at the level of ascertaining the true identity of people asking to be granted visa to the US .
“ The second thing is that the US is accusing the government of Nigeria of not cooperating with it at the level of information sharing. The grouse of the US is at those two levels. The US believes that there are many terrorists in Nigeria and they do not want to give visa to any terrorist.

“ The issue now is that while Nigeria has visa – on- arrival policy , why is UK , US , Germany , China and other big powers not encouraging visa at their entry points? It can take you six months before you get a visa to Canada. When you apply for Canadian visa , they will ask you to provide all the pages on which visa had been issued. You must provide all pages where the visa was issued .

“ When I applied I had to photocopy 10 passports since on the average I use three passports in a year . They have to make inquiries and that is to tell you the seriousness which Canada and other countries attach to who they issue their visas to . They don ’ t just give visas anyhow . A criminal who has changed name, done plastic surgery and change nationality, it is not a country like Nigeria that can easily detect that . ”

While condemning the ban , the ex- envoy said visa restrictions would adversely affect the relationship between both countries.

Campbell said , “ I think the Trump administration ’s action positively damages American interests as well as Nigerian. We need more interchange with the Giant of Africa – not less . The issue is already entering political discourse – the further travel restrictions have been denounced by the leading Democratic candidates .”

45% of adults planning to dump Nigeria for US , Europe – Survey
Meanwhile , a survey has revealed that 45 per cent of Nigeria’ s adults plan to relocate to the US and Europe within the next five years.

The prospective migrants cited jobs, education , reuniting with family members, and conflict as the reasons for desiring to leave Nigeria.

These were contained in a report sent to one of our correspondents by the US- based nonpartisan fact tank , Pew Research Center , in an enquiry against the backdrop of the suspension of immigrant visas issuance to Nigerian passport holders alongside nationals of five other countries by the US government.

The centre in a 2018 survey conducted on substantial shares of people in three African nations–Nigeria, Tunisia and Kenya –discovered that 45 per cent of Nigerian adults nursed the desire to move to another country within five years.