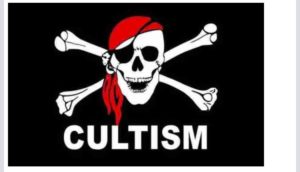 There was pandemonium in sawmill area of Ilorin, Wednesday, when suspected cultists fired gunshots indiscriminately, leaving one person identified as “Wasiu” dead in the process.

Wasiu, a bricklayer, was fell by the stray bullets while riding his motorcycle during the shooting spray.

Vanguard reliably gathered that trouble started when the suspected cultists known for forcefully taking over residents’ valuables like phone and cash among others were challenged by one Fatai in a bid to retrieve those valuables.

The cultists were reportedly challenged by Fatai when they attacked some residents, but the suspected cultists later trailed him (Fatai) to his house at Sawmill garage.

It was gathered that he wasn’t at home when the cultists visited, which made them furious and began to shot sporadically.

“It wasn’t a clash, they trailed Fatai here in a bid to kill him but he wasn’t at home and they became angry and started firing gunshots everywhere.

“Everyone ran scampered for safety, but the bullets killed Wasiu. It was so sad. The police should stop all these kinds of attitudes here by bringing the culprits to book.” said an eyewitness, who craved anonymity.

The deceased had since Wednesday been buried according to Islamic rites.
Meanwhile, the area was devoid of activities, yesterday, as shops and offices in the area were shut when Vanguard visited.

“I am yet to have details of the incident but life was lost, I will confirm and get back to you,” he said.