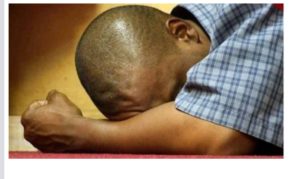 A policeman has reportedly taken his own life in a cell at the State Criminal Investigation and Intelligence Department, Yaba.

It was gathered that the policeman identified as Eze, was said to have been arrested after he allegedly shot dead a man.

“He was brought to the state CID for investigation and prosecution.

“But he hanged himself in the cell around 2am today. He was attached to the Dangote factory and shot a man dead,”

The Punch online quoted a source.
However, Lagos state Police Public Relations Officer, Bala Elkana, is yet to confirm the incident.